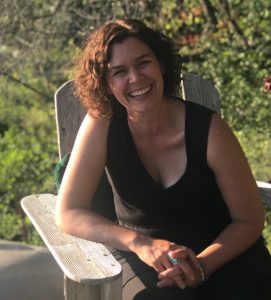 Kristen Corning Bedford is an author, speaker and philanthropic strategist who is passionate about working together on things that matter. Through her writing and consulting, she supports individuals, businesses and foundations in aligning their privilege with their purpose in order to create systemic change.

Kristen is the co-founder of The Ruby Room, for which she received the NW Girls Coalition’s Outstanding Community Leadership Award. She served as the president of the Board of Directors of ArtsEd Washington and was a founding board member of Urban Homestead Foundation. She is a founding member of the investment club, Women Investing in Tacoma, and the giving circle, Impact|West Seattle. She was nominated for Antioch University’s Horace Mann Award, and recognized as a South Sound 40 under 40 Leader.

In her position as vice president of Community Philanthropy at The Greater Tacoma Community Foundation, she had the pleasure of developing and managing the Youth Against Violence Initiative, which resulted in the formation of a Youth Philanthropy Board and earned the Foundation a Leadership Legacy Award from the Center for Ethical Leadership. Kristen is currently on the Board of the Whidbey Institute and a member of the Family Committee for Equity and Inclusion at Genesee Hill Elementary.

Kristen received her MA from Antioch University in Whole Systems Design and her BA from Western Washington University in Film Studies and Production. She is a Seattle native currently living in West Seattle with her husband and two young sons, who keep her ever mindful of legacy and generosity.

“Kristen is an amazing, inspirational, eloquent speaker and leader. She does an awesome job of directing discussions and adding humor and insight.”
~ Amy, retreat participant