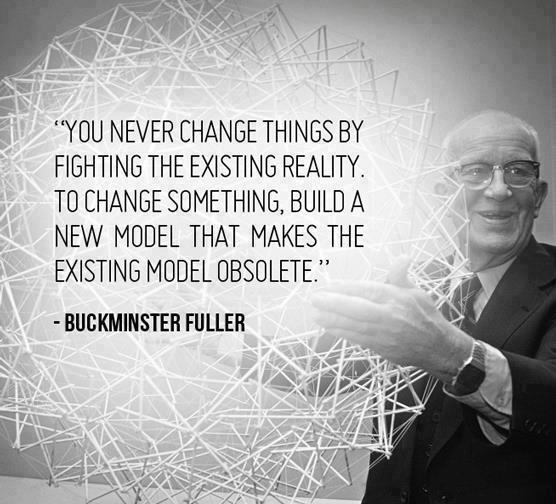 The emergence of social investing and civic engagement as philanthropic tools provides individuals with new ways to get directly involved with their giving. This transition shifts the power from the elite donor (a few individuals interested in direct service aid to broad humanitarian goals by donating large sums of money) to the network donor (many individuals of all income levels, focused on using a systems approach and giving with others to personalized projects); and I would argue that we’re quickly moving past the network donor to the hive donor, which I’ll explore at a later date. In addition, traditional charities are no longer the sole experts at solving social problems; social entrepreneurs have emerged with system-changing ideas. Technology and our ability to connect with each other as a global community has created opportunities for on-the-ground, real time, tangible change with the click of a button. Philanthropist becomes synonymous with changemaker, and changemakers aren’t satisfied with the status quo. Changemakers want to see the whole picture, shake up the systems within which we operate, and bring multiple stakeholders to the table. They want to get the job done.
Similar to holistic health for a body, philanthropy addresses the underlying issues and grapples with the intricacies of unintended consequences, while charity is the medicine that takes away the pain for a moment. For real change to occur there needs to be a one-two punch, artfully constructing a new reality by weaving charity throughout philanthropy. This employs a balance between using both your head and your heart. Philanthropy has the ability to identify the problems worthy of solving. A 21st century philanthropist is aware of the levers of change and the ability of one person to impact a system. She recognizes the vast ecosystem in which we operate, and that there are many ways to shift power and possibility. Being an advocate for humanity and working to see the long view is essential to deepening your philanthropy.
I would also argue that we are at the nexus of change in how we understand our resources. We must acknowledge that resources are finite, while at the same time believing there is abundance. The tension in this is powerful because it forces us to be strategic and intentional in how we direct resources, at the same time opening the channels to acknowledge that there are numerous untapped resources still available to us. I was listening to Neil deGrasse Tyson about the ways in which we perceive our world through our senses, illustrating all the currents of information around us that we don’t tangibly feel, but which are very much real: radio waves, magnetic waves, light, and air currents. All this information is being transmitted around us, but most of it goes unperceived because we don’t have the sense to pick them up. It got me thinking about all the resources we individually and personally have available to give that go unrecognized because it’s not how we’ve been taught or expected to give … so we don’t classify it as a resource. We actually don’t see it.
Additionally, this idea of untapped resources shifts our accepted concept of ‘needy’ to ‘grateful receiver’ because it acknowledges that we all possess wealth of some sort. We begin to understand the dynamic nature of resources: we all have something to give. We’re all in this together and if you truly want to help people, you’ve got to get down in the trenches and be with them. When we recognize our common story, our common humanity, we heave ourselves into the picture. No longer on the sidelines of history, we engage with the opportunity to participate in global change.
From the 2002 report, Transformational Philanthropy: An Exploration, Duane Elgin and Elizabeth Share compiled nine components of transformational initiatives. A transformational initiative:

If these bullets resonate with you, you’re in the right place. Fighting against what already exists is a losing battle; we are being called to create a new reality.
If you’re interested in using transformational philanthropy to change the status quo, and exploring your role as a changemaker, sign up (look over there! on the right sidebar!) to receive these posts directly to your inbox.